The cost of solar is falling: Is there really a need for further subsidies?

The levelized costs of renewables are falling dramatically, with solar photovoltaics (PVs) leading this positive decline. According to IRENA, the global cost of solar PVs fell over 80% between 2010 to 2019. Concentrating solar-thermal power (CSP) also saw a drop of nearly 50%, while onshore and offshore wind recorded cost reductions of 40% and 29% respectively. 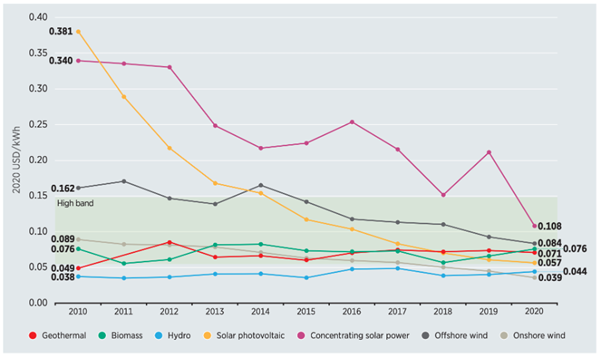 Did subsidies play a significant role in the development of solar PVs?

Subsidies have played an important part in the development of solar power across many countries on the globe. According to the International Energy Agency (IEA), policies in favour of renewable energy growth have made solar power the cheapest source of electricity in history in some parts of the world. Some of these policies were in the form of government subsidies.

Subsidies that supported the development of renewable energy technologies reached a total of $140 billion in 2016, again according to the IEA. Meanwhile, in the same year, fossil fuels received subsidies worth $260 billion. 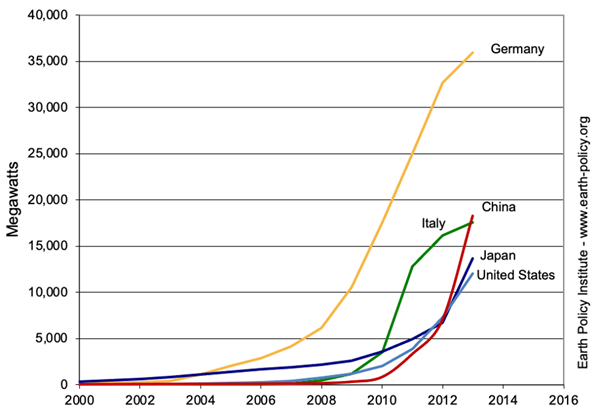 The sharp growth for Germany and China can be attributed to the use of subsidies.

What accounts for these lowered costs of solar PV?

According to the National Renewable Energy Laboratory’s (NREL’s) Senior Financial Analyst David Feldman, the lowered costs of solar PV over the past decade are largely due to the huge cost decline in the module price. While the module alone would cost $2.5 per watt a decade ago, today, an entire utility-scale PV system costs around $1 per watt.

Another important factor was the economies of scale in the production of these modules which became more prevalent after 2001. A study conducted by researchers from the Massachusetts Institute of Technology (MIT) between 1980 to 2012 concluded that the decline in solar PV costs are due to economies of scale, given the increased size of solar module and solar cell manufacturing plants.

Is there a need for further subsidies?

The use of subsidies has played an important and crucial role in the development of solar PV technology, as pointed out above. From the regional to the global level, subsidies have been used massively to develop this technology — in areas of R&D and solar module production to project development and utility operations.

Now that subsidies have played their role to lower the cost of solar PV, should this technology continue to benefit from state support?

To assess whether subsidies should be continued, we need to introduce the term “grid parity”. Grid parity is said to have been reached when the cost of renewable electricity generation is equal to or less than the cost of electricity from traditional energy sources (mainly fossil fuels). Typically, when the costs of solar PV fall below the costs of these traditional energy sources, subsidies are deemed not to be required     .

According to Bloomberg New Energy Finance (BNEF), solar PV has already reached grid parity in some EU countries and China. As a result, China has stopped providing subsidies for new solar projects since 2021.

Ultimately, the push to eliminate subsidies to solar PV development projects should be based on the attainment of grid parity within a particular region or country. The need for subsidy withdrawal can only make sense when these solar PV costs are comparable with retail electricity prices.

“Clean coal”: Does it have a place in the decarbonisation debate?
January 24, 2022

Hydrogen Production: Sources, Colours and Carbon Footprints
December 19, 2021
More Special Features
Go to Top
We use cookies on our website to give you the most relevant experience by remembering your preferences and repeat visits. By clicking “Accept All”, you consent to the use of ALL the cookies. However, you may visit "Cookie Settings" to provide a controlled consent.
Cookie SettingsAccept All
Manage consent

This website uses cookies to improve your experience while you navigate through the website. Out of these, the cookies that are categorized as necessary are stored on your browser as they are essential for the working of basic functionalities of the website. We also use third-party cookies that help us analyze and understand how you use this website. These cookies will be stored in your browser only with your consent. You also have the option to opt-out of these cookies. But opting out of some of these cookies may affect your browsing experience.
Necessary Always Enabled
Necessary cookies are absolutely essential for the website to function properly. These cookies ensure basic functionalities and security features of the website, anonymously.
Functional
Functional cookies help to perform certain functionalities like sharing the content of the website on social media platforms, collect feedbacks, and other third-party features.
Performance
Performance cookies are used to understand and analyze the key performance indexes of the website which helps in delivering a better user experience for the visitors.
Analytics
Analytical cookies are used to understand how visitors interact with the website. These cookies help provide information on metrics the number of visitors, bounce rate, traffic source, etc.
Advertisement
Advertisement cookies are used to provide visitors with relevant ads and marketing campaigns. These cookies track visitors across websites and collect information to provide customized ads.
Others
Other uncategorized cookies are those that are being analyzed and have not been classified into a category as yet.
SAVE & ACCEPT